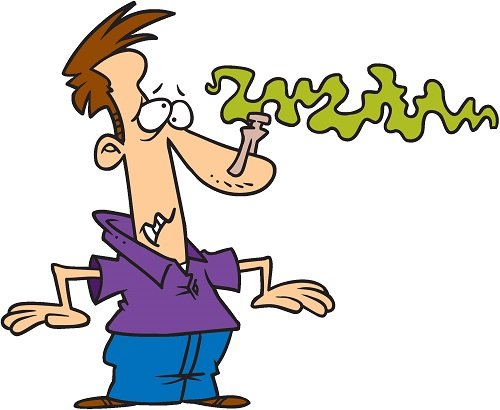 HEPA filters (High-Efficiency Particulate Arrestance) do not remove odors. Bad smell is caused by extremely small particles that cannot be removed by HEPA filters. To remove odor, you will need other filters, such as an activated carbon filter. Some air purifiers come with both a HEPA filter and a filter to remove odors.

Removal of odor does not happen via filters such as HEPA. Later in this article, you can read exactly why HEPA filters are not fit for odor removal. But first, let’s have a look at what does remove odors.

What type of filter removes odors?

Filters such as HEPA work somewhat like a net and trap particles that hit the fibers as the air passes through the filter. However, odor particles are so small that another technique is required. A technique at which an activated carbon filter excels. This technique is to make the odor particles stick to a surface and thereby removing them from the air.

Activated carbon filters are made from carbon, also known as charcoal. This material is very effective at removing odors, but is also commonly used in cosmetics.

Odor particles are too small for HEPA filter

HEPA filters are filters that remove tiny particles from the air. However, particles that cause scents and odors are extremely small (a few nanometers at most: 0.000001 millimeters) and cannot be removed by a HEPA filter. Even though HEPA filters are the current high-standard particle removal filters, odor particles are much too small.

Even though a HEPA filter is great at removing particles as tiny as 0.01 micrometers (0.0001 millimeters), it cannot remove odors. Odor particles are at most a few nanometers in size (0.000001 millimeters), which makes me even more impressed with the ability of our nose to detect smell!

Can I have both odor removal and HEPA?

Yes, you can! Many air purifiers come with a variety of filters including a pre-filter, a HEPA filter, and an activated carbon filter.

Often, a HEPA filter is preceded by a pre-filter that removes larger particles. In this way, the HEPA filter will not get clogged with large particles and can do its job removing the tiny ones. In addition, an odor filter such as activated carbon can be included.

The best air purifiers that include HEPA and odor removal

The following table shows my selection of the best air purifiers that both remove odors and contain a HEPA filter. The table below shows four great air purifiers and their specifications.

Hi! My name is Anne Johan. Welcome to my website. I am passionate about eco-friendly living, sustainability, and making a healthy home. So I decided to share my knowledge on this blog.

I hope you find it helpful!

Read more about me here

So you support me any time you buy a product through one of my links!